Given I’ve been in the political doldrums in recent weeks, the call above is a message to myself, drawing inspiration from the intransigent anarchist, Albert Meltzer, born on January 7th, 1920. I suspect Albert would have been less than impressed with my present tentative and fragile state of mind. I could do with being more bloody-minded. In a future post, I will argue that the COVID years witnessed an intensification of the Class War, a conscious attack on the personal and political autonomy of working people by a ruling class intent on retaining its power at all costs.

“Albert Meltzer never did give up. A teenage boxer and the “oldest hooligan in town”, Albert was a class struggle anarchist from 1935 onwards. When we met him in October 1994 he was still defending anarchism from anything which would dilute the politics and the sting. As far as Albert was concerned you couldn’t be an anarchist Christian, an anarchist capitalist or an anarchist spiritualist. Albert believed that anarchism was about fighting privilege. Anybody who didn’t want to overturn the class structure couldn’t call themselves an anarchist in Albert’s hearing. A working-class boy, brought up in the East End of London, Albert loved books and boxing. By 15 he was already calling himself an anarchist. His first claim to fame was when he stood up at a public meeting and defended boxing against Emma Goldman, prompting her to say of him: “A young Hooligan. A rascal who knows nothing of anarchism or syndicalism.” Even when he was three-quarters of a century old, Albert was still calling himself a hooligan, and still arguing his case.” Alice Nutter, Chumbawamba.

Barcelona 19th July 1936. A glimpse into the elsewhere. Edited by Albert Meltzer:

A glimpse into the elsewhere of an upturning so great that it is unimaginable, where certainties are swept away in an instant and life itself takes on a fragile intensity. These accounts contain a grain of everything it is possible to foresee of the ultimate fight for freedom and other aspects that could never have been dreamt of in our worst nightmares. They inform, and inspire but also warn: we need to recognise the enemies of freedom and self-organisation in the paths we tread, blinded by our iconography of the enemy which is also standing right next to us and calls us comrades, albeit hissed through clenched teeth. With love in our hearts: https://theanarchistlibrary.org/…/albert-meltzer…

Albert Meltzer at the Anarchist Library. A collection of Albert’s writing – accessible and incisive: https://theanarchistlibrary.org/…/author/albert-meltzer…

Thanks to True Level Media – well worth following – and Tony Broxson for the link. Tony claims he’s having a ‘dry January’. Comrade, I wish you all the best! 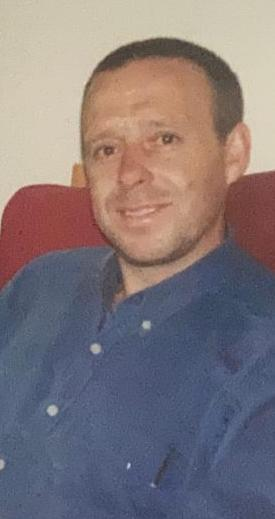