Further to my thoughts Tim Price, who was involved in all the collectives I mention, offers his distinctive take on life with Malx.

“Know what I mean..”  Some of the time, yes,  but a lot of the time ‘no’. Malx had a ‘Yes Minister’ ability to prevent me from ever finding out what he meant when he said “Know what I mean” after a verbal ramble over familiar or unfamiliar terrain. I tried on a number of occasions to unpick what he meant with very little success. But as long as he didn’t reach that phrase he was very illuminating.

He had intelligence in spadefuls, wit and humour that made his presence always a blessing – unless you were trying to get to sleep or were hung over. I can remember one occasion when I was seriously hungover and he decided to treat to me to his relentless cheerfulness. It’s torture!

It was through my involvement in Tony Taylor’s shenanigans in my early youth work  practice in Leicestershire that I first met Malx. This soon evolved to our sharing attendance at the weekly miner’s solidarity pickets in and around Coalville where I was working at the time. That period was for me a time of great political development.

In CYWU (the youth workers union) we were both involved in first, the Broad Left caucus and after, its child, the Socialist Caucus. This became a very serious commitment with monthly weekend meetings around the country plus our inputs into union meetings, wherever they were. It is worth noting that we were very serious about doing what we did but we also had a collective sense of humour, liked a drink and so made these meetings largely thoroughly enjoyable. During that time the caucus issued a regular bulletin. Malx was not a prolific contributor in the written form. He was a phone person. He didn’t mind texting and when he finally did use emails, they were written in text. Nonetheless he was prolific in ideas and thinking.

He could see the limitations of a small craft union and always felt that we should be involved in wider struggle. So, when CYWU was forced to consider its future he helped bring us around to the idea that NALGO was a better option than NUT or NATFHE. And while it troubled me in some ways, when the membership chose the NUT we decided to leave as a group, recommending this course of action to others and joined NALGO.

In the next year or so I became the South West rep on NALGO’s national youth workers committee. (Who else was crazy enough to put themselves through it?) I remained on this committee and it’s recreation when UNISON was formed by the amalgamation of 3 local government unions until I retired about 10 years ago. This meant that I had to go to London a fair bit and usually met Malx, if he was in the country.

During the 1990s the Caucus crumbled until only Malx, Tony and I were left to meet.

After Tony and Marilyn moved to Crete Malx and I would spend a week or so every 2 years on Crete, usually with a few days stop off on another island. We  went to Hydra a few times, an island we both liked. 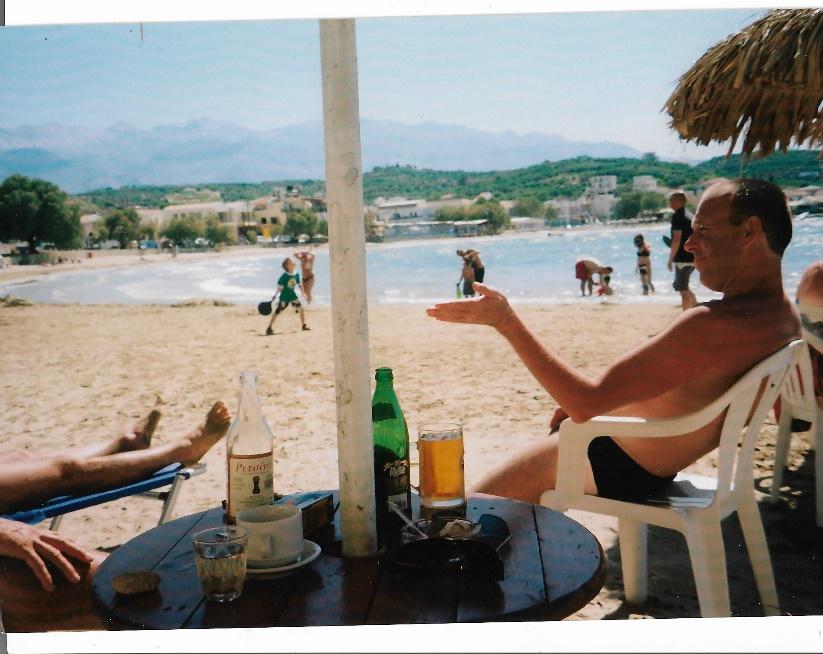 Tony was not quite writing something (the book) much of this time. Malx came up with the idea of us each sharing our memories of being teenagers and involvement in youth work as young people then getting into youth work as workers. It was very memorable to me. In many ways our working class backgrounds were similar and proved very interesting. It is a shame that we never did put some of these discussions on paper. It gave me a greater insight into Malx and his sense of heritage, intelligence, rebellious nature and humour. One thing I remember clearly was him describing how he would skive off school to go to the local library to read. He was a prolific reader always.

He loved the real culture of the working class community where he came from and the area round about. Deptford was Gods Own Country. Apart from those few years in Leicester while at Scraptoft College, he lived in or near to Lewisham which was the theatre for his work.

There is much more I could say. But I will finish with one of his ‘lines’ that I think expresses who he was well:

Malx “ Not only strive to understand history but also to change it.”